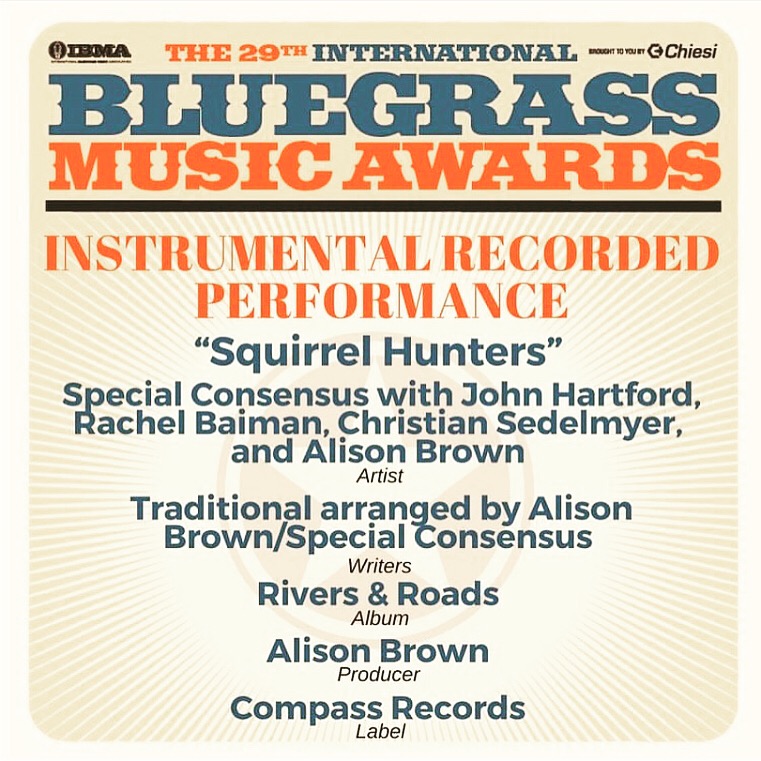 
10 String Symphony was the recipient of the International Bluegrass Music Association’s “Instrumental Recored Performance of the Year” award, for their collaboration on Special Consensus’s track “Squirrel Hunters”.  The track also featured a sample from John Hartford’s Wild Hog and the Red Brush album, and was produced by Allison Brown and released this past year on Compass Records.  This is the first IBMA nomination and win for both Christian and Rachel!